I step where I belong 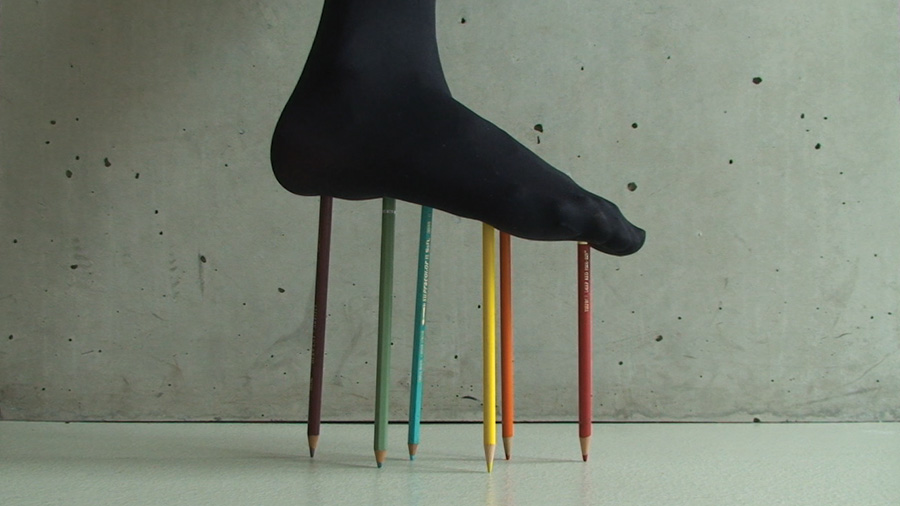 Watermill Center, New York, 2011 / within the exhibition “Maloval hlavolam” in NoD Gallery, Prague, 2012/2013
video-installation of 6 videos (each in a loop)

At this point, the project contains a series of six videos that arose during residence at the Watermill Center on Long Island in New York in late May and June 2011. They are therefore mainly a reaction to the specific area of the institution, or places where, during my stay, I daily moved as stranger, who, if only for a while, becomes part of a specific artistic environment. The resulting moving images, however, apply not only to a specific place, albeit actually originating there. The leg in black stocking in various positions occurs within individual videos and becomes one of the artefacts in the frame, which is only by a subtle movement remembered as a part of something alive. However, the black stocking depersonalises it in a certain way. The individual videos are only subtle interventions into the unknown, the familiar and the subconscious spaces and situations. The foot, or its black-clad torso is also always in an unnatural, awkward or just a weird position. The more it becomes an artifact that seems to be trying to open up a dialogue with the place and its architecture or objects and objects in it. And it indicates, perhaps just as shaky and carefully, like a person, as it begins to move and get to know it, just becoming familiar with the locality, how intense the relationship between anything that can relate to each other, despite the intensity being hidden at the first sight, can be.