There was dark on the left 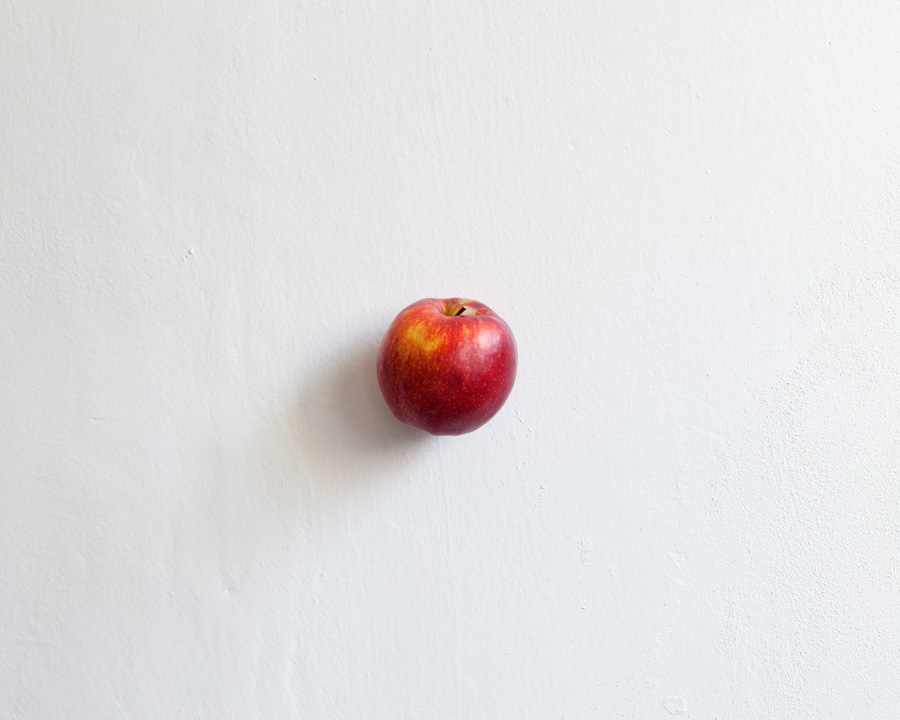 The exhibition, circling around the topic of normality of our common behaviour, shows some ritual deflections of female protagonists. While the first one is unsuccessfully trying to escape the frame of the camera’s view, the other one speaks a monologue, where most of the words are not audible to reveal a traumatic event, only subconsciously connected with the speaker. The third video shows a woman impassively but obsessively eating an apple up to its very core. The motif of apple and its sinful symbolism is shown again as two identical photographs. 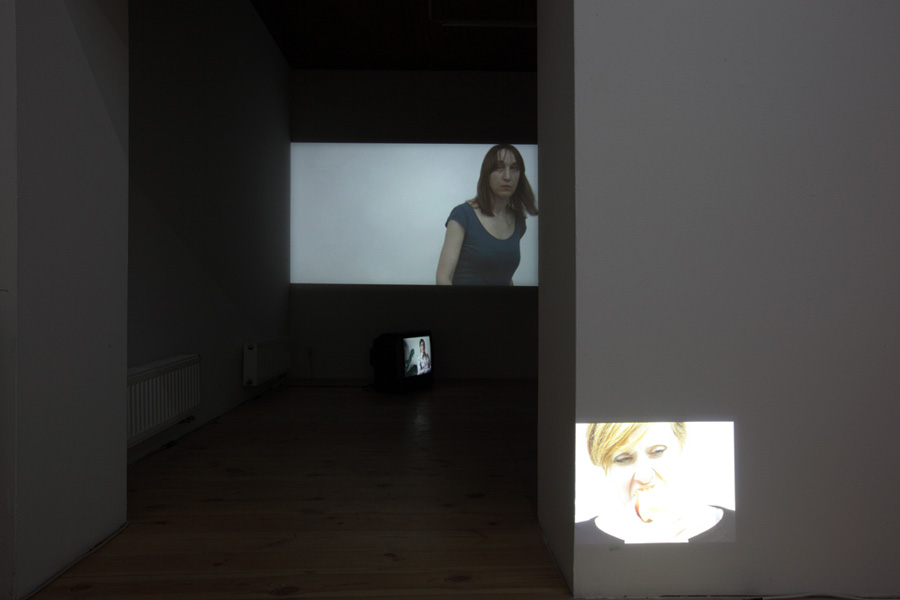 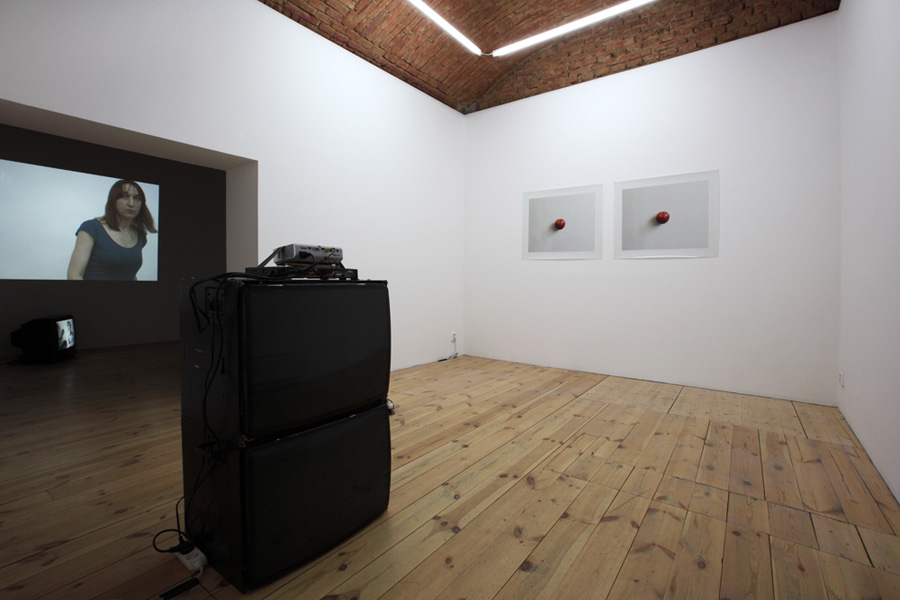 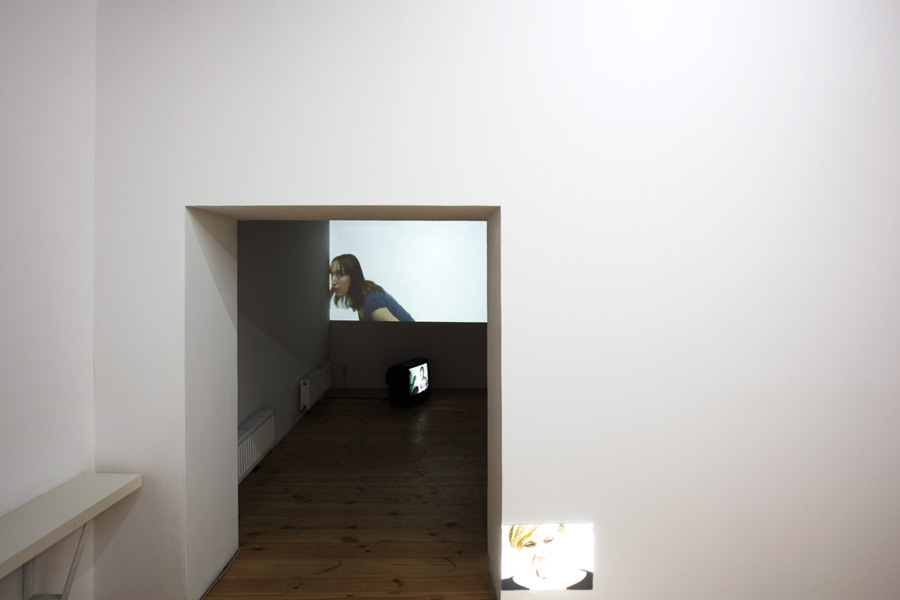